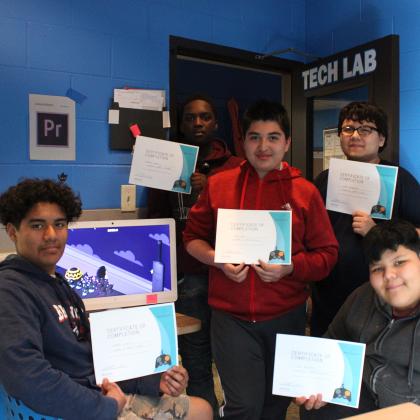 Hey there all you techies! The teens finished their first Game Design program this week!!! They learned the different segments of what is included in creating a game as well as creating their own! The program consisted of a 14-lesson program and worked with the popular game engine known as Unity. The Teens made and followed a tutorial series that ultimately created a wave base survival game. Members learned the basics of C#, an object-oriented language, and modifying scripts. They also worked with Mono Develop software which is a programming compiler. Members also learned game designing layouts, scenes, asset files, prefabs, animations, hierarchy menus, lighting effects, sounds and music, how to modify 3D objects, mesh rendering components and more! 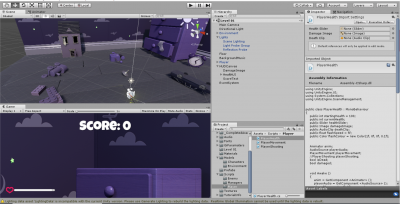 All these skills learned during the program will be beneficial to members that are not only interested in game design careers, but animation, programming, web site development, and even software engineering. It will also benefit any future tech education or career they pursue. For those interested in playing this game head over our itch.io page and download the computer game.

https://bgcdt-teencenter.itch.io/survival-shooter and following the Install Instructions. 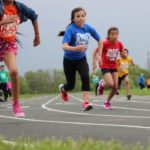 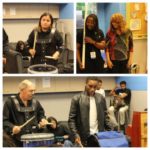