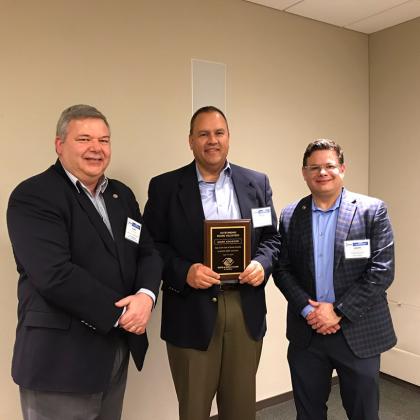 The Illinois Area Council of Boys and Girls Clubs named Mark Krueger as Board Outstanding Board Volunteer at their 2018 Annual Conference in Oak Brook on April 17th.

Mark Krueger is currently serving his second term as Board President.   During this time the Club has prospered into a treasured service organization valued by the youth of the community.   Under his leadership the Club expanded its services to 8 sites with an average daily attendance of over 800.

Here are some examples of how Mark was instrumental in the growth of the Club.

During his tenure the Club expanded to allow for all children on the east side of Carpentersville from grades 1 through 12, can have access to a Club through their School District 300 school.  In 2014 the Club grew to the Barrington School District 220 service area with the opening of its’ 8th site at Sunny Hill School.  He fostered a model of Club collaboration with area School Districts.

Aside from the growth of the services, Mark’s over sight led to the BGCDT being awarded the League of EAGLES Gold Level award at the 2017 BGCA Leadership Conference.  His personal integrity is ingrained into the organization and has led to the BGCDT being the Board of choice when it comes to serving the community.

During his cumulative time as Board President he orchestrated the growth of the Board from 8 to 30.  This strategic growth of the Board led to the BGCDT being able to host its’ highest netting Gala in 2017 with over $300,000 of funds raised at the event.

Since May of 2017, Mark has also been able to keep the Club focused as it has gone through the intricate process of selecting a new CEO.  During the past 10 months, he has generously given his time and talents to work with the staff and the Board while also searching for the next staff leader of the Club.

In February of 2018, twenty one years after the Boys & Girls Clubs of Dundee Township was formed, Mark a former Club member himself, initiated the BGCDT Alumni Association.  This group of alumni will honor the personal development of Club members while also developing a network of invested adults working to ensure the Clubs’ service to future generations.

Mark is humble leader and certainly deserving of this award and we are proud to have him as a member of our outstanding Board of Directors. 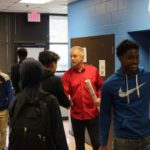 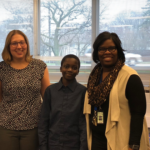 Next:
Meadowdale Jr Youth of the Year