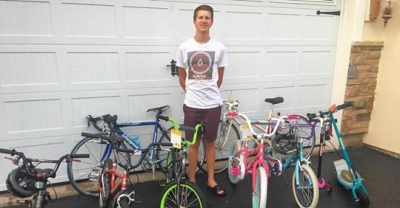 Seventeen-year-old Justin Lorenz has had the privilege of racing and training on high-end bicycles since he started competing in triathlons a decade ago — a passion that developed out of his early childhood interest in biking. It’s not lost on him, however, that many kids and teens in the Dundee and Carpentersville areas don’t have such opportunities.

Pedal Empowerment is a Dundee-based organization that collects gently used bicycles of all sizes and styles. The bikes will be donated to kids and teens involved with the Boys and Girls Clubs of Dundee Township.

Here’s how you can donate:

• Email organization founder Justin Lorenz at [email protected], and he will pick up your used bike.

• Use the Pedal Empowerment website, pedalempowerment.com, to give a monetary donation, which will be used to purchase new bikes for at-risk youths.

Hoping to offer an outlet and sense of independence to at-risk youths in his community, Lorenz launched an initiative to collect gently used bicycles and donate them to members of the Boys and Girls Clubs of Dundee Township.

“Triathlons are a big part of my life. It’s always been about a healthy lifestyle,” said Lorenz, a senior and three-sport athlete at Jacobs High School in Algonquin. “But I saw that many kids in our community don’t have access to bikes or … the ability to ride around their neighborhoods.”

When the idea for the organization, Pedal Empowerment, came to him about two months ago, Lorenz immediately got to work creating a website and reaching out to potential partners. Two local bike shops — Main Street Bicycles in Carpentersville and Sammy’s Bikes in St. Charles — agreed to act as bike drop-off locations. But Justin, a resident of unincorporated Dundee Township, still was unsure to whom the bikes should be donated.

It was Jeff Provisor, owner of Main Street Bicycles, who suggested Lorenz work with the local Boys and Girls Club, which has about 800 members who visit its club sites every day, said Mike Berger, the club’s vice president of operations.

“When anyone reaches out to us with something like this, it’s very appreciated,” Berger said, noting many kids come from families who can’t afford bikes for every child. “It’s kind of like a rite of passage for a kid. A bike represents independence, and even if it’s a used bike, a lot of kids are going to cherish it like it’s a brand new bike to them.”

Having collected about 20 bikes so far, Justin said he hopes to add a few dozen more to his inventory before handing them over to the Boys and Girls Club in a few weeks. From there, Berger said, staff members will evaluate the size and style of the bikes, then decide which kids will receive one based on need and leadership skills.

Pedal Empowerment has allowed Justin to combine his love of triathlons with his interest in community service, he said. Previously, he collected more than 300 pairs of shoes to donate to The Running Depot, a special running and walking shoe store, in Crystal Lake.

Now that he has transitioned to bikes, Lorenz said he hopes to continue the collection efforts throughout the year and donate another round of bikes in the spring.

“For a high school senior, there could be a lot of other things he could be focusing his attention to, but the fact that he’s doing something that’s within his passion to help others is just incredible,” Berger said.

“It really shows what a great leader he is to help an organization like ours.”

The BGCDT would like to thank Justin for his incredible generosity. Stay tuned for an update regarding his donation. 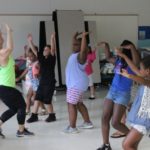 Next:
Teens and College