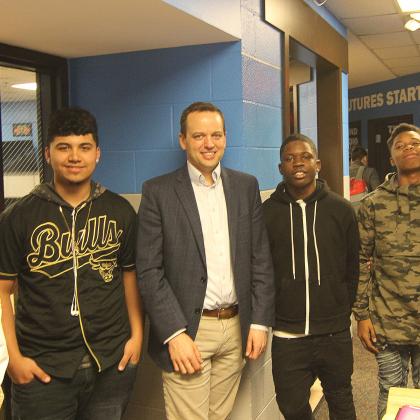 Last Tuesday March 6th Chris Smith of Comcast visited our Teen Center to speak to the boys of our Passport To Manhood participants. Chris is the Vice Presidents of Sales and Marketing and is currently the youngest person in the company to hold this position at the age of 39. The kids asked him various questions ranging from his childhood to what his goals were in high school to what his job entails.

One of these questions were and how did he grow up? He told the kids that he grew up on a farm in Mississippi and explained to the kids how they cooked their food and what they did with some of the animals. Another student asked what his goals were when he was in high school to which he responded that he just really tried to focused on getting good grades. Another great question asked was if he always knew he wanted to work in the field he is currently working in. He responded by explaining a little bit of his background to the kids. He told them how he went to college and that he originally wanted to be a speech writer for politicians. After realizing he did not like politics, he told them that he was recruited to go to grad school and then began working for AT&T and eventually made his way to Comcast.

The kids began to become more interested in what he does in his job and what his day looks like. He told the kids he works hard to get to where he is at. He explained to them that his job entails interviewing and making commercials for Comcast. When asked what his favorite part about his job was, he replied with how he really likes the sports sponsorships.

The visit was tied up by Chris asking how the kids are doing in school and how their day starts. Eagerly the boys began to tell him how early they wake up and about their grades and what they do for work.

The Teen Center would like to thank Chris for taking time out of his day and speaking with our Passport To Manhood participants and encouraging them to continue to work hard. 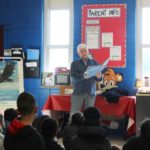 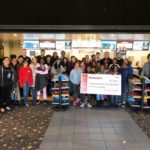